The brand hosted its Midwinter Social events on 24 and 25 November at The Old Truman Brewery’s Boiler House, London, to mark the upcoming Winter Solstice and the official start of winter. The narrative of Highland Park is deeply rooted in Nordic traditions. An important time in the Nordic calendar and at Highland Park’s home on Orkney, Winter Solstice marks the shortest day of the year and is typically celebrated with good friends, bonfires, music and dance. 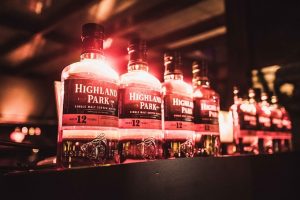 The celebrations, designed to bring to life the brand’s magnificent Viking heritage, were hosted by global brand ambassador Martin Markvardsen and included Highland Park whisky tastings around a fire pit for over 400 people.  A selection of Highland Park cocktails were served including the warming Highland Park Hot Toddy and Orkney Old Fashioned, with Nordic inspired food curated by Root + Bone, music from Kipps and live sets from DJ Finnebassen and Eelke Kleijn.

The celebrations were broadcast to a global audience with the first event streamed live globally on Highland Park’s Facebook page, resulting in over 21,000 fans tuning in to watch. 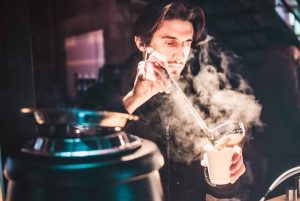 Several trade accounts in and around Shoreditch also featured special Highland Park Winter Solstice serves on their bar menus, including Bull in a China Shop, Cocktail Trading Co. and The Culpeper. The bars which delivered the greatest upweight in sales will be rewarded with a trip to the Highland Park distillery on Orkney in the New Year.

Mike Mackenzie, Highland Park Brand Manager said: “Our Midwinter Social celebrated Highland Park’s Viking heritage in the lead up to the Winter Solstice and we had two fantastic evenings. It was the perfect environment to give consumers a taste of Orkney and our Viking soul. It was also great to see several bars in Shoreditch taking part in the celebrations, creating their own Highland Park winter inspired serves.”