(31 July 2019, London) The Macallan has unveiled the latest release in the Exceptional Single Cask range – an exquisite and delicate expression that was distilled in 1950.

The 1950’s represent a significant period in the history of The Macallan with investment in the construction of new buildings on site and modernisation of existing buildings, the purchase of additional farmland and the first of The Macallan highland cows take residence on site. 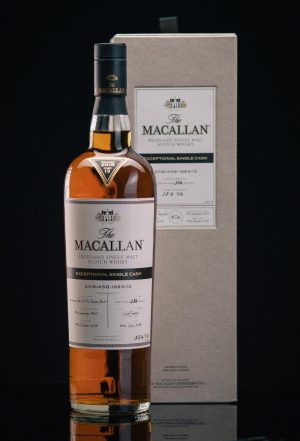 The single malt is the centrepiece of the 2018 release from the unprecedented range which invites consumers to explore the world’s most valuable whisky through a rare insight from the legendary Whisky Makers’ bench at The Macallan Distillery and Visitor Experience on Speyside.

The discovery of this First fill sherry butt cask was a special moment for our whisky making team that conjured intense and memorable aromas and flavours. The unmistakable combination of antique oak and subtle peach, with lingering peat warrants this cask being treasured in its own right, with only 336 bottles of this rare single malt available globally to savour.

This exclusive range of single cask whiskies, showcases the depth and diversity of The Macallan. Each whisky revealing a particular character, a subtly different flavour or an aroma in the background making each one truly unique and never to be repeated.

At Malt Marketing we pride ourselves in helping both aspiring and established whisky businesses market and promote themselves on our bespoke online whisky marketing platform Malt Marketing.com

Since launching in 2012, Malt Marketing has supported a large number of whisky shops, online retailers, whisky bars and events across the modern whisky drinking world. Through online banner advertisements, a bespoke whisky business directory and through regular online features and infomercials, Malt Marketing has helped build brand awareness and consumer engagement for a large number of clients

Malt Marketing continues to work alongside and support many of the most iconic premium scotch whisky brands available today including The Macallan, Highland Park and Laphroaig malt whiskies as well as Japanese whiskies Yamazaki, Hakushu and Hibiki. While providing an interactive and up to date platform from which to showcase premium brands, Malt Marketing also actively engage with brand content through social media further building brand presence and consumer awareness among wider social media networks.

Yes, you read that correctly. This is a bottle of Macallan single malt Scotch whisky that has matured for at least 52 years. Drawn from a first-fill European oak sherry seasoned cask, this whisky has very patiently aged for over half a century, and bottled with an outturn of 250 bottles. Extraordinarily rare stuff from the much-adored distillery in Speyside.

With an in depth knowledge of the retail and secondary whisky market, Malt Marketing is well positioned to help you acquire rare and collectible whisky. Whether you’re a private collector or investor or merely taking your first steps into the world of whisky buying and selling, Malt Marketing can offer support along every step of the journey.

Sell Your Whisky With Malt Marketing

Get In Touch Today

For further details on how Malt Marketing can offer your business support with online marketing and promotion, contact: info@maltmarketing.com

Whisky Auctions, Events and Festivals in 2018

With us very much now into the swing of 2018, have a look at our events calendar and see what exciting whisky auctions, events and festivals are taking place near you. 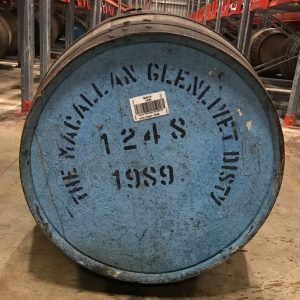 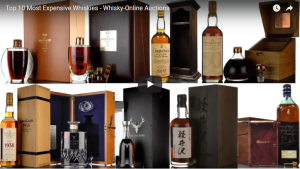