The Macallan has unveiled The Red Collection, an exquisite range of distinguished and rare single malt Scotch whiskies which captures The Macallan’s deep respect for tradition and craftsmanship. 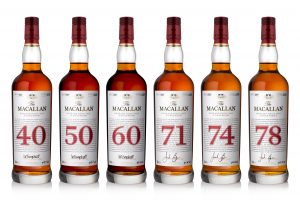 Inspired by the significance of the colour red throughout the history of the brand, The Red Collection features a carefully curated selection of ongoing aged expressions and high aged guest releases.

At the heart of The Red Collection is The Macallan 40 Years Old, The Macallan 50 Years Old and The Macallan 60 Years Old. These remarkable single malts, which will anchor the range, are the oldest ongoing expressions ever offered by The Macallan and will be available in limited quantities globally. 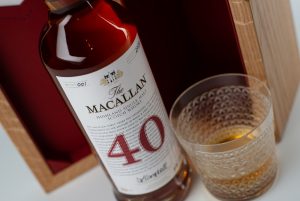 Together they showcase the pursuit of uncompromised excellence for which The Macallan is renowned and reveal the legacy of craftsmanship, innovation and knowledge that sustains The Macallan to this day.

An extremely rare, complete set of The Red Collection is set to be auctioned by Sotheby’s after being gifted by The Macallan to raise funds for food charity, City Harvest, which redistributes surplus from the food industry to vulnerable people across London. The Sotheby’s auction runs from 22 October to 31 October 2020.

Distilled decades ago, in The Macallan’s signature curiously small copper stills, each peerless expression in The Red Collection has been matured in The Macallan’s exceptional oak casks under the watchful eye of several generations of whisky makers. Over time, these astonishing single malt whiskies have slowly been shaped and influenced by the carefully selected casks to deliver extraordinarily elegant aged whiskies.

The colour red has deep and long-standing significance for The Macallan. The red thread begins with Alexander Reid, the farmer and teacher who founded The Macallan in 1824. His surname means ‘the red one’ in Scots and was originally associated with red hair.

In 1903, owner Roderick Kemp launched The Macallan Choice Old range. It was reportedly shipped in cases labelled with distinctive red print to distinguish it from The Macallan’s existing whiskies, which featured black labelling. 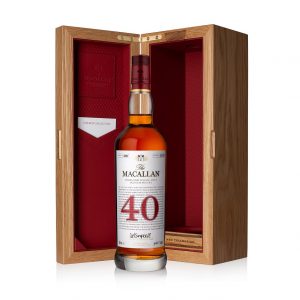 And almost eight decades later, in 1980, red was to feature strongly in the release of The Macallan’s then oldest vintages, dated 1938, 1940 and 1950. Allan Shiach, chairman of The Macallan at that time, tied a red ribbon around the sought-after bottlings to denote their age and value.

The three characters now feature in a remarkable animated film created to introduce The Red Collection in collaboration with celebrated Spanish painter and illustrator Javi Aznarez. The Spanish creator is acclaimed for his striking graphic art which has featured in several Hollywood films, including respected director Wes Anderson’s upcoming feature, The French Dispatch, and was also instrumental in the storyboard development for ‘Greta’ by director Neil Jordan in 2018.

The animation is set to music recorded by Scottish violinist Nicola Benedetti, one of the world’s most influential classical artists of today.

Javi Aznarez said: “When a brand like The Macallan, which has been making whisky for nearly 200 years, asks you to draw red for them, to explain what red means to them, it’s quite a challenge. Alexander Reid – The Red, Allan Shiach, and Roderick Kemp are some of the people that have led The Macallan to excellence.

“What I like about The Macallan is that the colour of their whisky is natural. It’s the cask that, little by little, over time, paints this whisky.

“I think that The Macallan and I value time very much. I need plenty of time to do my drawings and they need years to achieve the excellence of this whisky.”

Each expression in The Red Collection is encased in an exquisite oak presentation box created from the same sustainable European oak used to craft The Macallan’s exceptional oak casks. The boxes are beautifully upholstered with sustainably sourced soft red leather from Scottish supplier Bridge of Weir Leather, which creates upholstery for leading luxury car brands across the globe.

A bespoke handcrafted case that can house the trio of ongoing or guest releases has also been developed by Scottish artisan furniture and objet d’art manufacturer, Method Design Studio. Based in Linlithgow, near Edinburgh, Method utilises traditional craftsmanship and skills to create one-off commissions for some of the world’s top luxury brands. 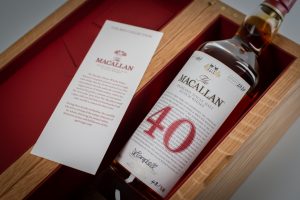 Each of the ongoing releases in The Red Collection has been hand finished and signed by Kirsteen Campbell, who was appointed Master Whisky Maker at The Macallan in 2019 and is the first woman to occupy the role in the history of the brand which spans almost 200 years. Sarah Burgess, Lead Whisky Maker for The Macallan, has signed the initial guest releases.

Kirsteen Campbell, Master Whisky Maker at The Macallan, said: “Created from some of the world’s oldest and rarest casks it is an incredible privilege to have crafted The Red Collection, the pinnacle of The Macallan’s portfolio.

“It’s thanks to the foresight of previous custodians of The Macallan, who laid down and aged these extraordinary casks, that we have been able to curate such a remarkable selection of whiskies.

“Each precious drop offers a unique opportunity to explore The Macallan’s whisky making legacy. The incredible elegance and rich flavours of the expressions that form The Red Collection are a direct result of the craftsmanship, knowledge and skills nurtured by our master whisky makers, past and present.”

The Macallan Red Collection will be available from Harrods, The Whisky Exchange, The Whisky Shop and other selected specialist retailers from 15 October 2020.

The Red Collection will have an RRSP as follows:

As a latest introduction to our expanding whisky directory, The Lincoln Whisky Shop brings to you a host of whiskies, spirits and liqueurs from around the world.  As well as having a well stocked shop in Lincoln, this online retailer specialising in those harder to find whiskies. 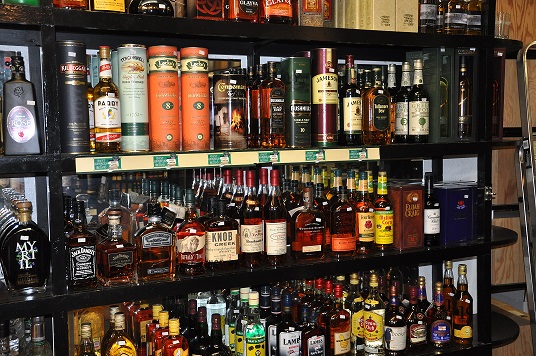