Our latest auction closed with more than a few surprises. Not least around the upper end of the sale where the top lot was, unsurprisingly, a hogshead of 1989 Macallan. However, with a hammer price of £70,200, it suggests that prices are beginning to cool off a little for bonded stocks of whisky, certainly in comparison to other recent results we’ve achieved for Macallan casks. Although, it’s worth remembering with this cask that the ABV was rather critically low, which no doubt was reflected in the price.  Putting this in perspective, £70,200 is still way above what would have been, until very recently, considered standard market value for such a cask in bond.

On the flip side, £25,600 for a cask of 1994 Tobermory seems surprisingly expensive, even in today’s market, for a less widely lauded make such as Tobermory. Somewhat understandably cask 5015 was a butt and cask 39, which fetched £17,100 a hogshead, even though, that’s still a hefty price for 1994 Tobermory. Further evidence that no matter what cask you’re sitting on, if it’s got a bit of age to it, you could be in for a pretty nice surprise at auction. It’s certainly an easy way to capitalise without the hassle and cost of bottling.

On to the bottles and it was good to see Bowmore back at the top of the sale. The ‘coulours’ trilogy of Black, Gold and White seem rather unstoppable these days with respective prices of £18,700, £11,900 and £14,100. All of them outstripping even the Macallan 1946 at £11,100. If you’ve ever been fortunate enough to taste one of these bottlings of Bowmore, it’s not hard to see where such intense prices come from. These are some of the best and most distinctive spirits ever made by human hand in these bottles.

One of the biggest surprises of this auction, at first glance, is the Springbank 1965 SMWS 27.7 which fetched a rather staggering £6100. Even for a 60s Springbank, this is eye-catching stuff. However, look a bit closer and do a bit of digging and it becomes a bit more understandable. This bottling hasn’t shown up at auction in years and, at 60.2%, it looks to be a pretty remarkable dram. There are numerous series collectors out there for all manner of SMWS bottlings these days so it’s hardly surprising that when such a tasty rarity surfaces, in today’s bullish market, competition is so fierce.

Other rather striking results which speak to the nature of today’s secondary market include the old 1960s official bottling of ‘Cardow 100% Pot Still‘ which finished up at £5800. Such a rarity in near immaculate condition was always destined to do well so in many ways this isn’t so surprising. Although it is a sobering reminder of just how much of rich man’s game serious old and rare whisky has become.

Joining the Cardhu was the uber rare bottling of Macallan 12-year-old at 100 proof by Gordon & MacPhail bottled in 1971. There is a 15-year-old version of this which is slightly more common, but the 12 is indeed the definition of scarcity. This pristinely preserved version deserved its £5100 hammer price. What’s more, it was nice to see a non-official Macallan take one of the top Macallan spots in the auction for once. For serious whisky lovers, this is a dream bottling.

Speaking of dream bottles, perhaps the most beautiful examples in this sale were the pair of Taliskers bottled in the 1950s by Wolverhampton & Dudley. Examples have shown up in the distant past at auction, but to find two such perfect examples today is really like being handed something out of a time warp. Little wonder they fetched £4600 a piece. The kind of bottle you’d kill to taste.

Other bottles in the upper end of the sale that stuck out were the official Springbank 1965 Local Barley for £3000. Looking at the prices of 60s Springbanks in general, both here, elsewhere and at retail. It seems there is something of a pretty serious upward shift in prices occurring across the board. I doubt it’ll be long before we start to see these kinds of bottles regularly break the five-figure barrier.

The 50-year-old 1949 Glen Grant by Ian MacLeod at £2900 was a solid result for this bottling. While the Glenugie 1966 by The Bottlers for £2700 was also seriously impressive. Glenugie is another name which is currently rocketing skywards in price. For anyone who has tasted some of these 60s Glenugies, it is hardly surprising.

Dalmore 1973 Cabernet Sauvignon, Lagavulin 1979 38 year old by the Syndicate and the Laphroaig 19.0 anniversary bottling all hit the £2000 on the head. For the Lagavulin, it was the first time it had gone this high, which suggests a slow and steady climb even higher from here on out. The Dalmore result shows this distillery still had some serious clout at auction, even for what might be considered less impressive bottlings like the 1973. And for the Laphroaig, it’s generally a case of rarity with this bottling. Most were consumed upon release due to the lottery system under which it was sold. Whenever it shows up at auction there is usually a bit of a scuffle to get it.

Some other notable results above the £1000 mark were the Bunnahabhain 1968 Auld Acquaintance at £1350, how long before this great bottling hits the £2000 mark? A Macallan 1962 Cadenhead Dumpy looks almost cheap at the same price of £1350 however, considering its quality and scarcity. And rounding off the £1350 club was the Ardbeg 17-year-old Cadenhead Dumpy. A natural if slightly soft price for this equally historic bottling.

The Isle of Skye 50-year-old showed good progress cracking the £1000 mark for the first time, while the Bowmore Sea Dragon 30-year-old conversely seemed a tad soft at £1300. Dipping below the four-figure mark it was lovely to see two stunningly preserved old blends, the Benmore Liqueur Scotch Whisky and the Duffs Liqueur Scotch, both hitting an understandable £975 a piece.

Looking through the rest of the auction there were many impressive results. Too many to mention. Notable examples would be the two Oban 16-year-old Bicentenary Manager’s Drams at £925 apiece, outstripping even the official Oban 1969 at £850. Similarly, the pair of Ord 16-year-old Manager’s Drams for £600 a piece lent further weight to the continued upward march of the early Manager’s Drams series.

Beyond that, almost every lot was hitting its market value. Normally it’s possible to pinpoint one or two notable bargains or stand out anomalies. However, on this occasion, it really was a case of slim pickings. It seems that, in this day and age where more and more people are migrating their spending from retail to auction, prices are only solidifying, even at the £30-60 range of an auction. Interesting times…

Consistent with any of the higher end whisky retailers, selection, knowledge and exceptional customer service would probably be among the expectations at the forefront of your mind and The Green Welly Stop is a whisky specialist that probably ticks all these boxes and more.  Situated on the A82 heading north in one of Scotland’s most picturesque regions, The Green Welly Stop at Tyndrum is perfectly located for those either heading to or returning from the Scottish Highlands.

With a whisky shop and online platform boasting hundreds of whiskies from all whisky regions of Scotland, not to mention the USA, Ireland, India, Taiwan and Japan, The Green Welly Stop was in 2013 and 2015 ‘Highly Commended’ in The Whisky Magazine’s Icons of Whisky Scotland Award for Online Retailers.  Having started selling whisky in 1976, The Green Welly Stop moved their whisky shop online in 2007 and since then have become one of the most respected and favored places to buy whisky online.

The Whisky Vault was born from ideas created by Philip and Richard Hawley, a father/son relationship based in Yorkshire, UK.  An incredibly enthusiastic business currently run as an entirely family-oriented project. 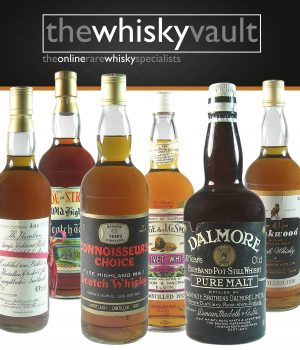 With over two thousand items, including over 1800 single malts, there are expressions of whisky that are very rare and indeed sought after.  The Whisky Vault endeavour to keep the website exciting and fresh and therefore are consistently adding new products to their already extensive range of single malt and blended whiskies.

They continue to be recognised as one of the market leaders in terms of their ability to acquire exceptional malts with expressions that rank back as far as the early 20th Century.

With a forte to supply unique, rare and collectable specimens to the world’s army of whisky lovers, The Whisky Vault prides itself in delivering a fair, high quality and efficient customer service.

The Whisky Vault was born from ideas created by Philip and Richard Hawley, a Father/Son relationship, based in Yorkshire, UK.  An incredibly enthusiastic business, the project is currently run as an entirely family-oriented project. 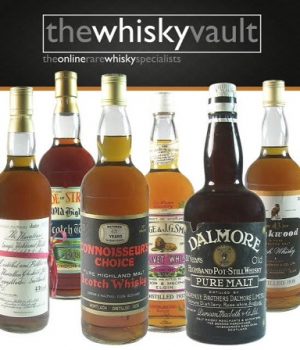 With over 2000 items in their catalogue including over 1800 single malts, there are expressions of whisky that are very rare and indeed sought after.

With a forte in supplying unique, rare and collectable specimens to the world’s army of whisky lovers with a fair, quality and efficient customer service why not check out The Whisky Vault for yourself.