Christmas Sales Reveal The Famous Grouse is No.1

The Famous Grouse Overtakes Jack Daniel’s to Become Britain’s No.1 Whisky by Value

No.1 whisky in the No.1 spirits category with total whisky sales larger than both gin and vodka at £393m

The Famous Grouse enjoyed an outstanding Christmas in the UK off-trade, with sales topping £71m – making it the number one whisky in the UK.*

The whisk(e)y category in total was valued at £393 million, larger than both vodka and gin making The Famous Grouse the number one whisky in the number one category this Christmas.* 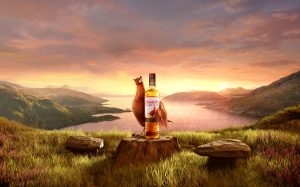 While The Famous Grouse has a long-standing streak as the UK’s favourite whisky, the brand has returned to No.1 Whisk(e)y by value this Christmas.  The Scotch blend reports +2.6% value growth over the festive period compared to the previous year, in turn, overtaking Jack Daniel’s. The US whiskey had held the top spot in 2018 but saw value drop -9.3%.

The news comes despite the wider blended Scotch category continuing to struggle, with value down -4.1% over Christmas.

Mark Riley, managing director, at Edrington-Beam Suntory UK says: “The Famous Grouse for years has been the UK’s favourite whisky and driving force behind the blended Scotch category, so we are delighted to have reclaimed our number one spot in the UK’s largest spirits category.

“It’s fantastic to see a Scotch back in the top spot, particularly for The Famous Grouse, where success has been driven by our strong equity, premiumisation and increased demand for smaller bottle sizes.”

An Epic Opening To An Epic Creation

Brought To You By Malt Marketing

As you know at Malt Marketing we always like to keep you updated with news and all that’s happening in the world of premium whisky and if ever the term ‘premium’ was to be applied to any whisky, The Macallan would probably be first inline to be bestowed with such a title.  With the recent opening of their new multi-million pound distillery and visitor centre, there is always something exciting happening in the world of Macallan.  Below we share a clip from their recent Macallan Distillery light show held in celebration of this grand opening. 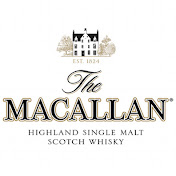 Legal Breakthrough for Scotch in Taiwan

In a major legal breakthrough, Scotch Whisky has been registered as a certification trade mark in Taiwan, giving consumers and the industry better protection against fakes.

The Scotch Whisky Association (SWA), which applied for the trade mark, says the existence of the UK Customs’ Spirit Drinks Verification Scheme, which was introduced in 2014, was an important factor in meeting the requirements necessary to secure protection. The scheme ensures every part of the Scotch Whisky supply chain is mapped by the industry, registered with the UK Government and inspected to check it complies with all the rules on the production of Scotch. The SWA said the scheme gave the authorities in Taiwan even greater confidence in the robust procedures around Scotch.

The trade mark recognises that Scotch must be made in Scotland from water, cereals and yeast and matured for at least three years. It is of great commercial value to the Scotch Whisky industry and gives consumers confidence in the quality and provenance of what they are buying. A second trade mark has been awarded in Taiwan to protect the Chinese characters that spell out ‘Scotch Whisky’.

The SWA says that while it already works well with the authorities in Taiwan, which is an ordered and well-regulated market, the trade marks make it more straightforward to take legal action against anyone trying to produce or sell fake Scotch in the future.

Lindesay Low, Scotch Whisky Association senior legal counsel, said: “Taiwan has for many years been a major market for Scotch Whisky, in particular Single Malts. The trade marks for Scotch Whisky mean that consumers can have even greater confidence in the quality of what they are buying. It will also give a further boost to Scotch Whisky producers exporting to Taiwan.

“We would like to thank the authorities in Taiwan who were of great assistance in working with us on the successful outcome of our trade mark application, as were the UK Government.”

Whisky Live, The Macallan SkyFall Auction and The Whisky Show with Malt Marketing

Check out our latest whisky events including Whisky Live, The Macallan SkyFall auction and The Whisky Show here 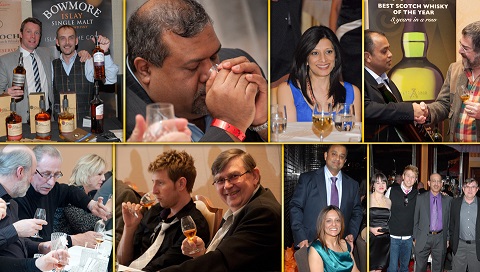