The Spirit of Stirling Whisky Festival 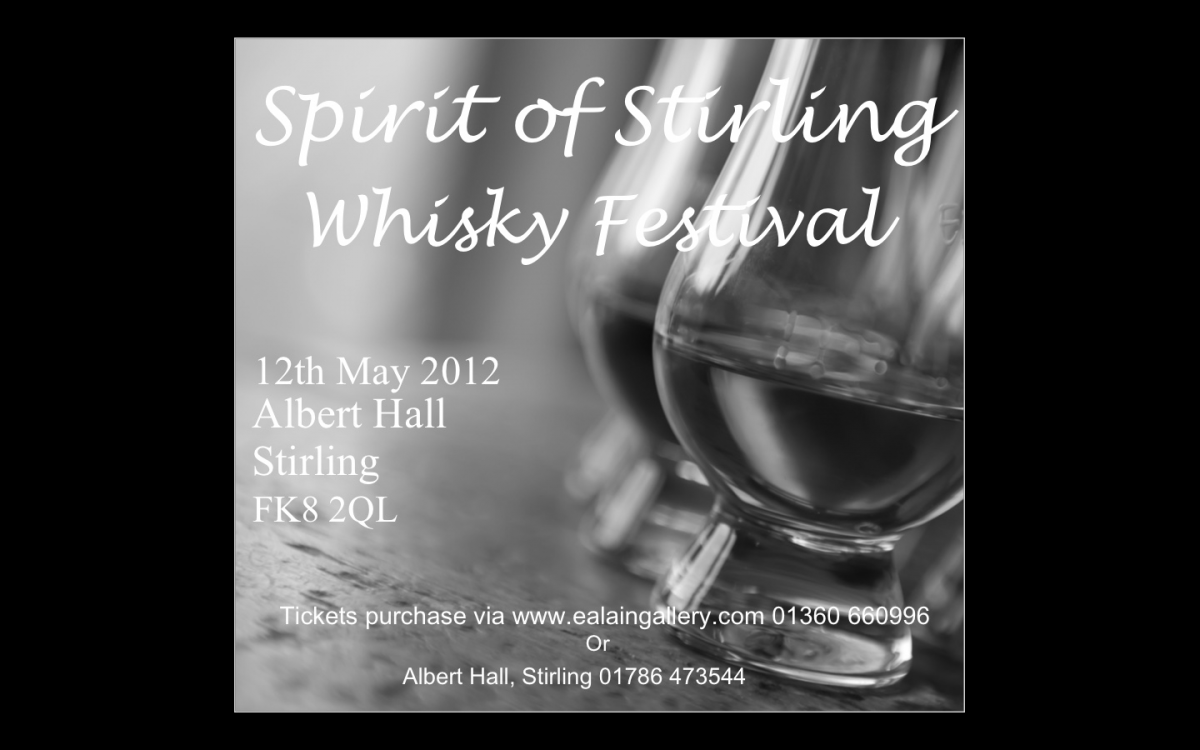 The first ever Stirling Whisky Festival is the brainchild of two local businessmen, and more importantly whisky lovers, Stuart Campbell and Cameron McCann. “The Spirit of Stirling Whisky Festival” will take place on Saturday May 12th 2012; doors open at 11.30am and last dram poured at 4.45pm. This event will bring together the best in Scotland, Stirling and Whisky.

The intention is to bring together numerous distilleries and independent bottlers from across the country, along with other exhibitors which will be related to the enjoyment and enrichment of whisky and Scotland.

“Spirit of Stirling” intends for the whisky festival to benefit Stirling and the surrounding area, and will include many local businesses from as wide and varied background as possible.

There will be two master classes held in the Upper Albert Hall during the event, watch this space to find out which distillery and ambassador will be holding them