The people of Scotland face a historic choice in September’s independence referendum. The implications are huge and the basis for the eventual decision needs to be fully discussed. So I make no apology for dealing with it at length.

This industry is in a special position in this debate. We can make Scotch Whisky only in Scotland and our brands are indissolubly linked with it. 35,000 jobs depend on the industry. Our operations are at the heart of many communities around Scotland and we sustain economic activity in rural and remote areas that might otherwise have difficulty in attracting it.

That success is not the result of chance. It has come about because of a wide range of factors which have been well provided for us within the United Kingdom and would need to be similarly provided in the future if it were to be within an independent Scotland. 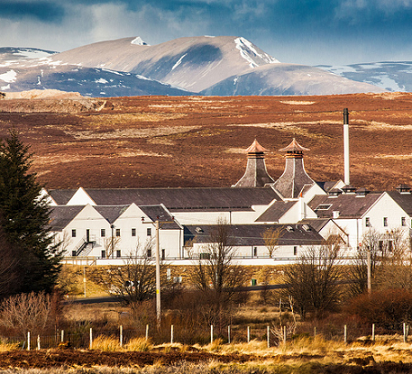 At the UK level, we are fortunate to have – on the whole – certainty in our domestic business environment. Monetary and fiscal policy is predictably managed. We benefit from the fact that our domestic market is the sixth biggest economy in the world, large enough to support broad and balanced growth and provide a pool of relevant skills. In contrast, as of now, the nature of an independent Scotland’s currency remains unclear, and self-evidently this could affect our exports, management of supply chains, pricing, and competitiveness. The taxation regime also remains to be developed, and any regulatory divergence between Scotland and the rest of the UK may increase costs to business. In all these areas, we need further information and reassurance before we can assess whether we can mitigate these potential risks.

At the EU level, the legal framework provided by EU membership is fundamental. The ‘Scotch Whisky’ geographical indication is protected in EU law. We are able to export tariff-free across the single market, use EU mechanisms to eliminate market access problems, and benefit from the EU’s clout in trade negotiations. Of course, not everything in the EU is perfect and, in my view, many areas need reform. But even a temporary interruption of EU membership involving exclusion from the single market or the customs union, if this were a consequence of independence, would be damaging and difficult to manage.

Internationally, as an export-oriented sector, we rely on effective support from government in our overseas markets, whether in influencing EU negotiations or pressing other governments to allow fairer market access. Both the UK and Scottish Governments have been supportive of us and there will be risks if this support is not maintained. The Scottish Government White Paper envisages a network of 70 to 90 overseas missions, but we export to around 200 markets. A diplomatic network with the necessary geographic footprint, expertise, and influence to provide commercial and political support globally will continue to be essential.

In short, as we consider the potential impact of constitutional change, we look for reassurance on how an independent Scotland could deliver a business, regulatory, and export environment at least as supportive as that which the industry currently enjoys.

Whatever the result on 18 September, we are committed to working with government in the future to deliver sustainable economic growth – either helping to shape the policy regime for an independent Scotland or engaging in the debate about further devolution. That is what the people of Scotland would expect and it is what I am determined to deliver.”