To help start the celebration in style, a very special edition of Highland Park is being produced – Rebus30, a 10 year old single malt Scotch whisky, that will be available for Rebus fans to buy exclusively from Highland Park.

Jason R. Craig, Highland Park, Brand Director, said: “We are delighted to have been asked to produce this exclusive bottle to celebrate the 30th anniversary of a great crime icon.

“This is a very special partnership for the brand as we were involved ten years ago when Ian celebrated the 20th anniversary of the publication of the first ‘Inspector Rebus’ novel Knots and Crosses.  At that time, Ian was invited to visit the distillery on Orkney where he chose a special single cask.  The whisky’s flavour profile was chosen according to what Ian felt Rebus would prefer – cask no 3272, was ‘dark, complex and with a long finish’. 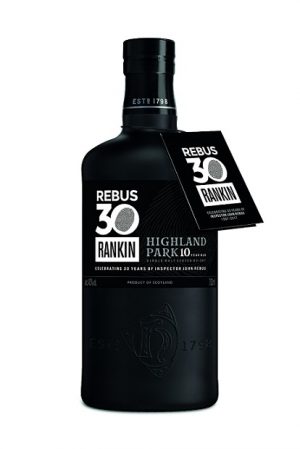 “To celebrate Rebus30, our brief was to craft a 10 year old single malt fit for an iconic detective who truly stands apart. The result is stunning single malt created by Gordon Motion, our Master Whisky Maker and a tribute to those with a strong independent spirit and those who know their own mind.

“Best shared with friends or when enjoying a dark crime novel!”

Sarah Benton, Group Marketing Director at Orion said: “Working with Highland Park on this partnership for Rebus30 and RebusFest has been a total delight. What better way to celebrate Rebus’ 30th birthday! We know his fans are going to snap up these exclusive bottles fast. In addition to the Highland Park Rebus30 10 year old single malt, we will be auctioning a few limited edition Highland Park 30 year old single malt also specially created for Rebus30, throughout the year’s celebration – watch out for these!” 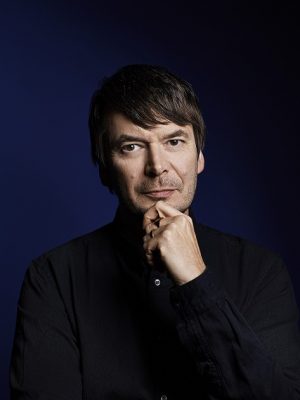 Rebus and Highland Park fans will be able to buy this commemorative bottling for £30 (70cl) and it will be delivered in time for the launch of RebusFest at the end of June 2017.  It will only be available for those who join the brand’s Inner Circle tribe. Registration of interest for this bottle will be open from early April.  To hear further news on how to register for a bottle, join our Inner Circle tribe here www.highlandparkwhisky.com/Innercircle

In addition for those who will be in Edinburgh for the RebusFest, Highland Park’s Senior Brand Ambassador Martin Markvardsen will be hosting two whisky Master Classes on Friday 30th June and Saturday 1st July at the Waldorf Astoria Edinburgh – The Caledonian.  As well as learning all about why Highland Park stands apart from other single malts, guests will be given a unique opportunity to taste Highland Park Rebus30 along with some of the brand’s other special whiskies.  We hope you will #RaiseaGlasstoRebus and celebrate #Rebus30 with us.