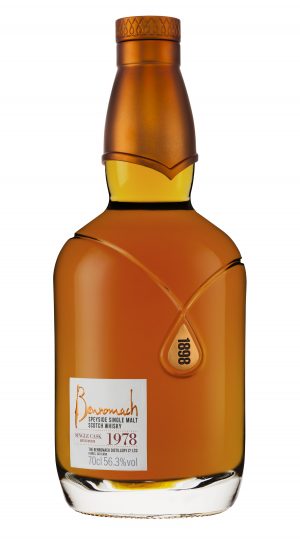 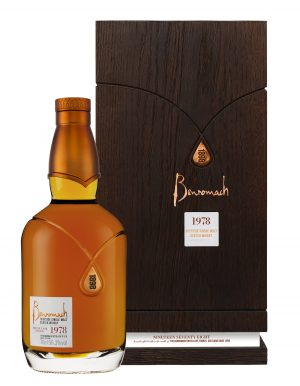 SINGLE MALTS FROM GORDON AND MACPHAIL

The latest releases include the oldest Caol Ila whisky ever bottled

The newly redesigned ‘Private Collection’ range encompasses rare and exclusive single malt whiskies from celebrated, little-known, or closed distilleries, all of which have been specially selected for bottling by a member of the Urquhart family that owns Gordon & MacPhail.

Gordon & MacPhail 1968 from Caol Ila Distillery was matured in a refill Sherry hogshead and bottled at a cask strength of 52.5% ABV. Warming spice leads on the palate, followed by fruity flavours with a gentle Sherry influence, before a lingering finish of bonfire embers entwined with lemon zest. Available at a UK RRP of £7,500*, only 199 decanters of this extremely rare single malt are available worldwide. 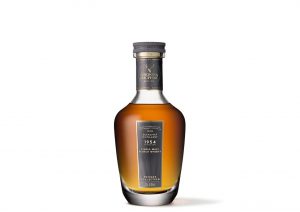 The dark gold Gordon & MacPhail 1954 from Glenlivet Distillery carefully balances the sweetness of golden syrup, stewed fruit, and dark chocolate with spicy black peppercorn and mature oak. Matured in Cask 1412, a carefully selected refill Sherry butt, the 64-year-old malt was bottled at a cask strength of 41.0% ABV. Only 222 bottles are available globally, at a UK RRP of £9,950*.

These ultra-rare single malts were selected for bottling by Stuart Urquhart, Gordon & MacPhail’s Associate Director of Whisky Supply and member of the fourth generation of the Urquhart family. Beautifully presented in hand-blown crystal decanters, each whisky is encased within a handmade wooden veneer box. 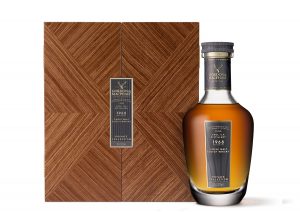 Stephen Rankin, Director of Prestige and fourth generation member of the Urquhart family, said: “Our ’Private Collection’ range allows discerning whisky enthusiasts the opportunity to enjoy some of the oldest and rarest single malts in the world. These latest releases epitomise the expertise and commitment that has gone into pairing spirit and cask over 123 years and four generations of the Urquhart family. Thanks to the foresight of my forefathers, we have one of the most extensive single malt whisky libraries in the world, with expressions from over 100 Scottish distilleries.”

The latest ‘Private Collection’ releases will be available to purchase from specialist whisky retailers.

*Prices in international markets may vary due to local taxes and import duties.

This year, The Loch Lomond Distillery has the perfect Christmas gift selection for whisky lovers with its very own Three Wise Men; a specially crafted trio of 12 Year Old whiskies, each with its own unique style and character.

Traditionally, the ’12 days of Christmas’ marked the time between Christmas Day and the arrival of the three wise men; Gaspar, Balthasar, and Melchior, making this collection of 12 Year Olds the perfect way to toast the festive season.

Loch Lomond Distillery has also created a recommended serve for each expression representing each of the three gifts, to provide some added inspiration for those entertaining guests this Christmas – or perhaps even seeking a quiet moment to themselves…

Loch Lomond 12 Year Old has a deep fruity character of peach and pear layered with a vanilla sweetness and the characteristic hints of peat and smoke found in Loch Lomond Whiskies. 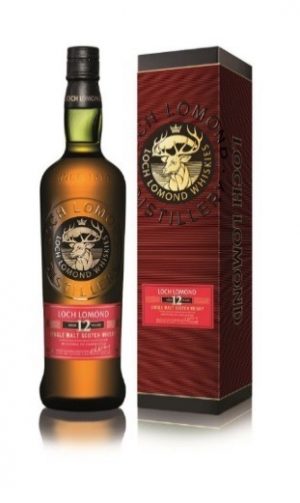 Inchmoan 12 Year Old is born from a combination of malt whiskies from the distillery’s traditional swan neck and unique straight neck pot stills, to create a peat character of exceptional depth, marrying smoke and spiciness perfectly. 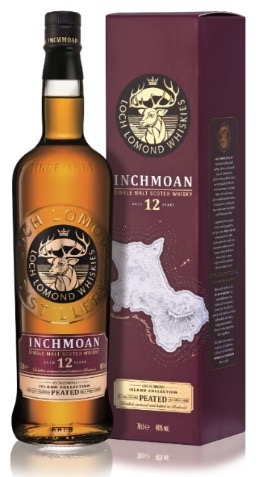 The enchanting isle of Inchmurrin is the largest of Loch Lomond’s islands and its natural characteristics shine through in this exceptional single malt Scotch whisky.

Known as the ‘Grassy Isle’ the island is soft, rounded and wonderfully wooded, just like the whisky itself.

Inchmurrin 12 Year Old is aged in hand selected bourbon, refill and re-charred casks and then married together to create a lighter whisky with grassy notes and floral hints of pear drops, crème caramel, soft fruits, vanilla and fudge. 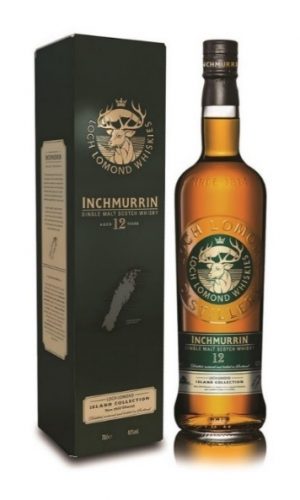 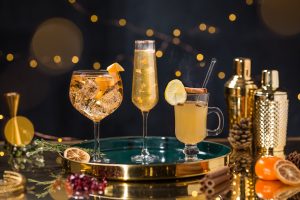 The whiskies are available to buy from www.lochlomondwhiskies.com and specialist whisky retailers.

Forget crummy ties and rubbish socks, get Dad a gift that he’ll really appreciate this Father’s Day. Whether it’s a bottle of his favourite single malt whisky, or something he’s never tried before, we’ve put together a collection of great liquid presents for him.

Is Dad a whisky enthusiast? A guy who appreciates the intricacies of flavour, get him a bottle of The Macallan Edition 4.

Founded in 1824, The Macallan is one of the worlds most admired and awarded single malt whiskies. This particular liquid has been made in collaboration with esteemed architects to reveal the structure of the whisky, drawing parallels on how brand new £140m distillery was created. It has been crafted from a combination of American & European oak casks giving it a zesty, vibrant and invigorating single malt that brings to the fore notes of rounded honey, sweet toffee and citrus fruits. 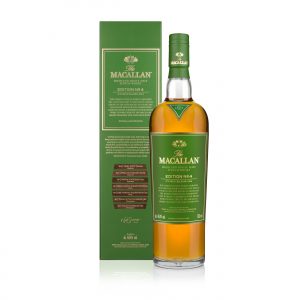 Does Dad like a decorated whisky? Look no further than Bowmore 15, which was voted Whisky of the Year 2018 by The Whisky Exchange.  Matured in an incredible combination of both bourbon and sherry casks, it spends its final three years in Oloroso sherry casks, which give Bowmore 15 the rich, deep colour and warming finish.

Notes of toffee, treacle and chocolate make this delicious liquid a great gift someone looking to taste the best of the legendary Islay distillery’s millennial output 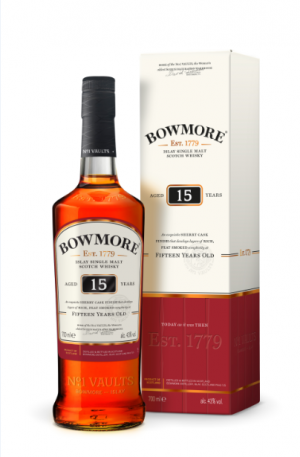 Available to buy from The Whisky Exchange

Is Dad a traditionalist? Does he like whiskies with pedigree and heritage? Well, Laphroaig 10 Year Old is what you’re looking for. It is the only single malt Scotch whisky to be awarded the Royal Warrant by HRH The Prince Of Wales, the ultimate seal of approval

Notable for its high levels of peat, Laphroaig 10 has a very distinct and unique flavour profile, with an earthy, tangy taste detailed with elements of sweetness. Unforgettable.

Wonderful neat or with a drop of water, but it’s also perfect in The Penicillin with lemon, ginger and honey. 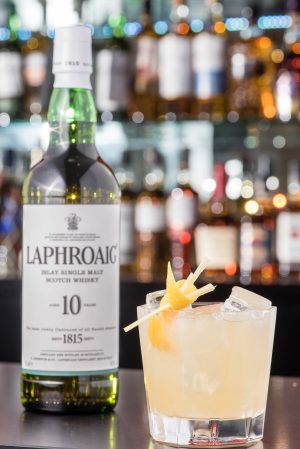 Available to buy from Waitrose

Is Dad a Viking? Does he think he is? Because Highland Park 18 Year Old may be the gift for him. Highland Park was founded by the descendants of Vikings, whose influence can be seen on the bottle’s incredible design.

The 18 Year Old is one of the most consistently excellent malt whiskies of the past 10 years.  Gentle peat, soft toffee, floral notes, and honey on the nose. It is fantastic neat or over ice, but it can also be great in an Orcadian Cooler, which includes lemon, elderflower and soda water. 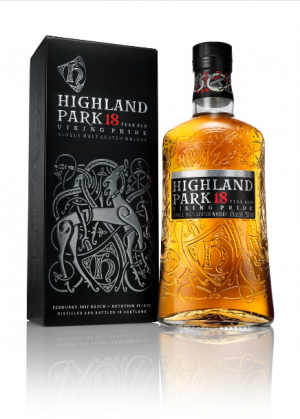 Available to buy from Waitrose and Master of Malt

But if Dad isn’t a single malt fan, fear not. One of these fabulous bottles will be perfect for him…

Maker’s Mark is a small-batch Bourbon handmade in Loretto, Kentucky using the same principles Bill Samuels Sr., first used in 1954.  Made from red winter wheat it has a sweeter taste than most traditional Bourbons giving it a distinctive taste. With notes of oak, caramel, vanilla and spice it is best served on its own, or as part of an Old Fashioned, Moscow Mule or hot Apple Cider.

Maker’s is distilled for six years before being bottled and sealed with red wax to give it a distinctive look, it is a great gift for a bourbon-loving father. 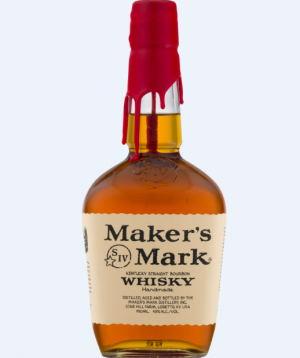 Available to buy from Tesco and Waitrose.

Founded in 1809 by Emmanuel Courvoisier, Courvoisier is the only Cognac house to still control the entire process from grape to glass.  Made from a blend of several crus it has a more delicate taste than most Cognac’s giving it a distinctive taste. With notes peach, toasted almonds and jasmine it is the ideal spirit to enjoy this winter. Best served neat, or mixed with ice and water or as part of a long drink, such as the Courvoisier Espresso Martini. 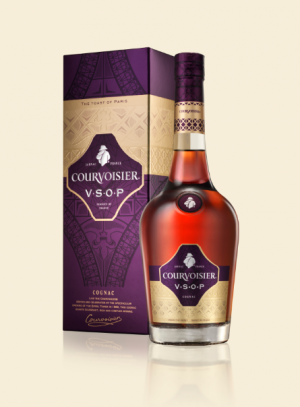 Available to buy from Sainsbury’s

During the latter half of the 19th century, Andrés Brugal Montaner — a Spanish expatriate who had emigrated to Cuba — uprooted his family moved to Dominican Republic. Today, the fourth and fifth generations of Brugal’s direct descendants honour his name as personal guardians of the entire rum-making process at Brugal & Co.

Made from fresh, raw sugar cane, which is hand-cut from plantations across the Dominican Republic’s countryside, Brugal 1888 Ron Gran Reserva Familiar Rum has a dark, amber hue, along with an aroma of milk chocolate, roasted coffee and dried apricots.

It is crafted to be a sipping rum, best enjoyed at Dominican room temperature, a delicious 26 degrees which really unlocks the complexity of this incredible drink.

Available to buy from the Whisky Exchange.