The brand hosted its Midsummer Social events on June 21 and 22 at Dalston Roof Park in London to mark the official start of summer. The narrative of Highland Park is deeply rooted in Nordic traditions. The people on Orkney (1 in 3 have Viking ancestry) take huge pride in honoring the spirit of their Viking ancestors by hosting a week’s worth of events dedicated to Midsummer Solstice, when the evenings are at their longest. 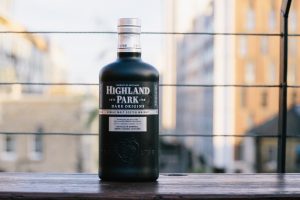 The celebrations were broadcast to a global audience with both evenings streamed live on Highland Park’s Facebook page, resulting in over 6,500 fans tuning in to watch. 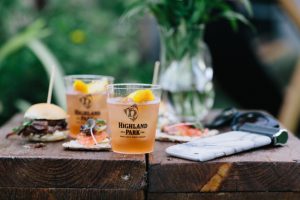 Mike Mackenzie, Highland Park Brand Manager said: “Our Midsummer Social celebrated Highland Park’s Viking heritage and the start of summer.  The events gave us a great opportunity to provide consumers with a unique insight into Highland Park and a true taste of Solstice style celebrations”.

Issued by The BIG Partnership on behalf of Maxxium UK

Established in 1798 on Orkney, Highland Park is one of the most remote Scotch whisky distilleries in the world. For over 200 years, the distillery has combined time old tradition and the very best craftsmanship to achieve perfection. Its range of 12, Dark Origins, 15, 18, 21, 25, 30 and 40 year old single malts is consistently acclaimed by connoisseurs and experts.  Highland Park has won a string of prestigious awards across its portfolio, most recently Highland Park ICE Edition was awarded 99 points and the Chairman’s Trophy at the Ultimate Beverage Challenge. While Highland Park 12, 15 and 18 Year Old were all awarded 96 points or above and the Tried and True Award at the Ultimate Beverage Challenge.