The Coo malt whisky bar was born in Crieff in April 2009.

Looking for a USP, Mandy Silver decided to open a whisky bar and The Coo was born in Crieff in April 2009.  Starting with 6 bottles of malt.  “I was very green, so it took an age to decide what next to order.  Over the years I’m pleased to say my knowledge has improved (still so much to learn though) and glad to say the collection has grown to around 150 bottles.  Whisky has turned into my passion, having tried all my bottles (some more than once!) how lucky am I?

I take selling my drams very seriously and it is very important to me that a customer enjoys their dram; so I like to spend a little time chatting with a whisky drinker, ensuring they choose the right dram for themselves.

I had lots of lovely customers coming from Sweden and Germany each year to visit me, as well as my loyal locals who supported the Coo.  During that time I was awarded a 5 star from Trip Advisor for 2012 and 2013, won the Drammie Award in 2013 and was voted ‘The Best Whisky Bar in The World’(!!) and had an entry in ‘Lonely Planet Travel Guide’ 2013.

Sadly in 2013 the Coo building was sold and I had to relocate.  Before I left, I trademarked Curly Coo Bar so I was able to continue my business elsewhere and my many lovely foreign visitors would be able to track me down…” Mandy Silver.

Once the capital city in Scotland, the city of Stirling continues to remain one of the country’s most significant historic settings.  With sites such as Stirling Castle, The Wallace Monument and the Old Town Jail, Stirling is truly a city of national significance that continues to appeal to hundreds of thousands of tourist’s year in year out.  As well as being a city of historic and cultural importance, Stirling is also home to one of the country’s most impressive whisky bars.  Appealing not just to tourists, but students and other local residents alike, Curly Coo Bar now situated centrally in the city’s Barnton Street offers all the appeal of a tucked away Highland retreat right in the heart of Stirling. 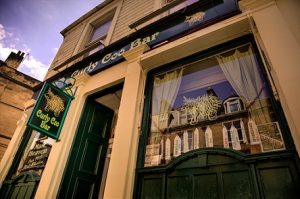 Offering in excess of 130 malt whiskies, not to mention many beers, wines and spirits of choice, Curly Coo Bar is one of those bars that just have to be sampled and enjoyed.  The Drammie Award winning bar of 2013 & 2014 boats a 5* rating on Trip Advisor for 2013 & 2014 and prides itself in being very much a whisky bar with a personal touch.

Bringing with her a wealth of experience and knowledge, owner Mandy Silver is the absolute perfect hostess ensuring your experience in Curly Coo Bar is enlightening, educational and ultimately memorable.

“Since opening the new Coo in Stirling, I have built up a loyal customer base.  It’s a cosy wee bar with a stove to keep you toasty in the colder nights… It’s also very exciting being in a University town and I’ve introduced malt whisky to many of the students (in moderation of course) I hold regular whisky tastings and an annual Wee Whisky Fest in October.

For the non-whisky drinkers I have a good selection of local craft kegs, Scottish cider and a great selection of Scottish Gins.  If you’re in Stirling I look forward to seeing you at the Coo.”

At the recent Drammie Awards for 2014, Stirling whisky bar The Curly Coo came out on top being voted best whisky bar in the world for the second year running.  Speaking afterwards, owner Mandy commented “Feeling very honoured to be voted ‘Best Whisk(e)y Bar in the World’, 2 years running in 2 different bars!!  Last year when I won, I was very grateful to Crieff people who voted for me but was a sweet/sad experience.  Won the Drammie awards on Wednesday then found out the Coo building was being put up for sale on the Friday… The award means so much to me this year.  I opened Curly Coo Bar in Stirling at beginning of December and have had so much support from the Stirling folk and many of Stirling Students, Lecturers and Professors… Exciting times ahead, thanks to all who have supported me along the way… Mandy.

A big congratulations to Mandy and the Curly Coo.  Be sure to drop in for a dram when next in Stirling.

As we enter a new year, what could be more fitting than having a new specialised whisky bar open on your doorstep?  This is certainly how the residents and visitors of Stirling must feel as Curly Coo Bar opens its doors on the city’s Barton Street.  Formally of Crieff, Curly Coo Bar offers Stirling something very special indeed.

With upwards of 130 bottling’s on offer, Curly Coo Bar is sure to cater for even the most discerning palate.  Centrally located with a warm welcoming feeling, you are sure to feel very at home as you take in the exceptional range of whisky on offer.  While very much the traditional bar with a diverse range of alternative tipples to choose from, there can be no mistaking the clear focus on whisky this bar prides itself in. 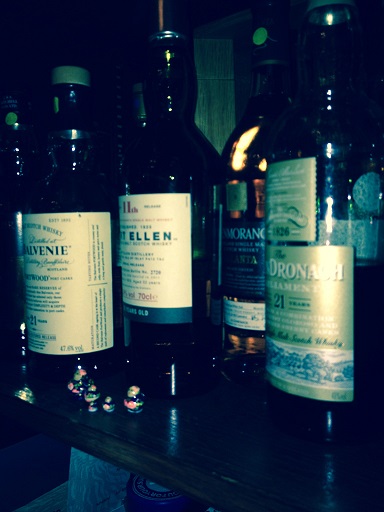