Here’s to Some More Welcome Spirits this Halloween!

WHISKY COCKTAILS FOR A ‘TREAT’ THIS HALLOWEEN

This Halloween, whether you’re watching a horror movie, or in need of a break from carving the pumpkin, why not enjoy the evening with a whisky based cocktail in hand? The unique flavours, mixed with some classic favourites, will be a terrific choice come Saturday 31st October.

Here is a selection of the perfect Halloween cocktail choices featuring Auchentoshan, Laphroaig and Bowmore.

A Glaswegian Tale of Halloween

Sweet, fruity and inspired by the spooky fogs that used to cover the streets in Edinburgh, this is an eerie cocktail choice for Halloween.

Stir down, strain into rocks glass. Serve with block ice.

Auchentoshan Three Wood available for £43.75 at Master of Malt

A complex cocktail sure to lightening up the darkest Halloween night: Inspired by an equally complex city, this shaken sour is dominated by Mezcal smoke, pineapple and citrus; A true treat!

Shake down and double strain. Garnish with bitters hearts.

Bartender’s Malt available for £28.63 at Master of Malt

Smokey, yet sweet, it’s trick or treat with Laphroaig’s Halloween project. A delicious and unique cocktail to enjoy on 31st October.

Shake with ice, then strain. Garnish with a lemon twist.

Laphroaig Quarter Cask available for £38.23 at Master of Malt

A sweet and sophisticated sip – get ready to impress this Halloween with this cocktail featuring the Bowmore 12-Year-Old Whisky.

Add ingredients and dry shake. Then, add ice and shake. Double strain into a Coupe. Garnish with a cherry skewer.

Bowmore 12-Year-Old available for £34.95 at The Whisky Exchange.

AUCHENTOSHAN® IS RALLYING BARTENDERS TO JOIN ITS GLOBAL COLLECTIVE 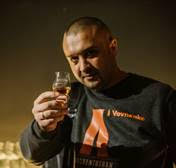 11 May 2018: Auchentoshan® is on a mission to find creative bartenders to join its international bartender collective as it announces the launch of its New Malt Order 2018 competition. Launched in 2016, the New Malt Order is a growing community of like-minded bartenders who share a passion for shaking up the world of single malts.The urban malt from the city of Glasgow, is challenging entrants to create a cocktail that captures the essence of its triple distilled malt whisky and takes inspiration from the bartender’s home city. Successful bartenders will be given the once-in-a-lifetime opportunity to visit the home of Auchentoshan® in Glasgow and become immersed in the city’s culture and create an exclusive liquid with Master Blender, Ron Welsh (pictured below). The winners will go behind the scenes at the distillery and select from casks, blend, bottle and even have their say on the final packaging of this rare and unique single malt.

This year Auchentoshan® will celebrate its urban heritage and challenge bartenders to capture their city’s unique character in an Auchentoshan cocktail. The competition is now open and bartenders from the UK, Canada, Russia, Australia and Germany are being encouraged to enter via Instagram for a chance to become part of the New Malt Order global collective.

Judged by the best in the business, winners of this once in a lifetime experience will be announced in September. 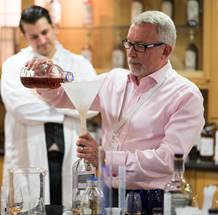 Launched in 2016, The New Malt Order is not only a competition but a growing global community of passionate bartenders who are pushing boundaries, breaking rules and taking single malt whisky to new places and new faces.

In 2016, the inaugural 12 bartenders from some of the world’s best bars designed a 47% ABV malt to blend in cocktails such as Bobby Burns, Vieux Carré, and the classic Old Fashioned.

Bartenders’ Malt 02, created by 2017’s cohort of international bartenders, will be released exclusively to the on-trade later this year.

Speaking about the upcoming release, Master Blender Ron Welsh, said: “We’ve created a blend that matches bartenders tastes for mixing cocktails. It’s one of the best Auchentoshan®’s I’ve ever tasted.”

Marco Di Ciacca, Senior Brand Manager, Edrington-Beam Suntory said: “We are excited and proud to announce Auchentoshan®’s New Malt Order competition for the third consecutive year. We are passionate about seeking the best advocates to represent single malt and champion creative bartending on a global scale. We’re looking forward to witnessing how the entrants capture the essence of their city this year and welcome the winners to the home of Auchentoshan®.” 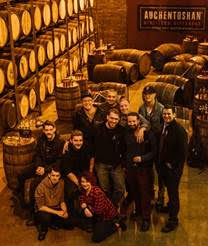 The competition is now open, all entries need to be submitted by Saturday 30 June.

To find out more and to enter, visit