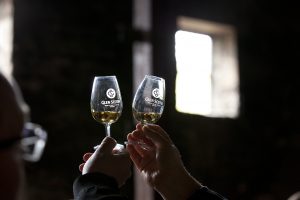 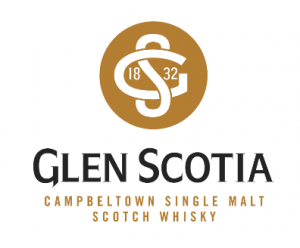 The Glen Scotia virtual festival has been heralded a huge success, after attracting over 8,000 visitors from all around the world.

Following the cancellation of the Campbeltown Malts Festival 2020 which had been scheduled to run from 19-21 May 2020, the Glen Scotia Distillery announced it would bring its programme of events online for the first time at www.glenscotia.com/festival.

As part of the programme the distiller made its famous dunnage whisky tasting, which for many is the pinnacle of their Campbeltown Malt Festival experience, available for those outside the distillery for the very first time.

The theme for 2020 is The Casks of Campbeltown, featuring whiskies matured in casks from the town, and investigating the influencer they have on the modern Campbeltown style.

Only 200 dunnage tasting packs have been released in the UK, each containing five 25 ml samples along with password access to a specially created tasting video hosted by Iain McAlister. A further 1800 tasting boxes will be distributed to markets around the world.

In the UK, the Glen Scotia Dunnage Tasting Box is available to order from Dram Team priced at £55.99 (including postage).

The five samples will include:

Iain McAlister, Master Distiller at Glen Scotia, said: “We’ve been absolutely thrilled by the response we had to the Glen Scotia Virtual Malts Festival. We saw over 8,000 people join us from all over the world including Europe, North America, South America, Africa, the Middle East, Asia and Australasia – wildly exceeding our expectations!

“We’re now considering making some elements of the festival permanently ‘virtual’ going forward. We know Campbeltown isn’t the easiest place in the world to get to so this will be a great way to allow our global whisky fans the chance to be a part of the celebrations in future years.

“The dunnage tasting is one of my favourite events in the Campbeltown Malts Festival schedule and we’re excited to be able to provide those who had hoped to join us in person, and perhaps quite a few who usually wouldn’t have had the chance, the opportunity to take part in our special dunnage tasting.”

Chris Borrow, Founder, DramTeam added “I could not be more thrilled to be working with the fantastic team from Glen Scotia to put together this incredible dunnage tasting set. Some friends and I had the privilege of being utterly spoilt by Iain McAlister on our first ever visit to Campbeltown, when he very generously hosted us for a Glen Scotia dunnage warehouse tasting. To this day, the best tasting experience of my life – and one that I am very excited to put in a box for other people to enjoy. This is legitimately the best whisky-tasting-by-post we’ve ever done!”

Campbeltown was known as the whisky capital of the world during the Victorian era and was home to over 30 working distilleries. The annual Campbeltown Malts Festival is a celebration of Scotland’s fifth and smallest malt producing region and its whisky making heritage. This year’s event was set to take place from 19-21 May, however in line with Covid-19 government guidance, the festival has been cancelled for the first time since it launched in 2009.

Founded in 1832, Glen Scotia reflects centuries of craftsmanship and experience associated with the region and its award-winning whiskies are renowned for their distinctive maritime influence and Campbeltown character.  For those who missed out on the festival this year many of the tastings and tours are still available to watch www.glenscotia.com/festival.

Issued by BIG Partnership on behalf of Glen Scotia.

The festival, which was held last month, showcases all that is unique and special about single malts from the region. In the Victorian era the town was home to more than 30 distilleries and known as ‘whisky capital of the world’. 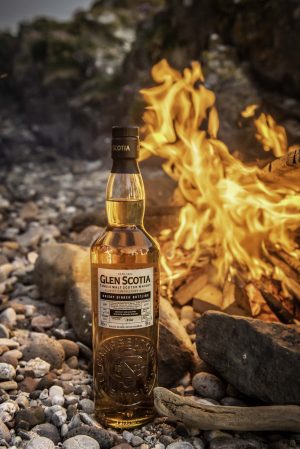 A 2003 Vintage, this wonderfully peated single malt delivers sea spray and sweetness on the nose, with notes of melted brown sugar, pineapple and citrus fruits developing before delivering a long dry finish, with spice and sweet peat.

Non-chill filtered, it has been bottled at cask strength, 51.3% ABV, to ensure this exquisite single malt is enjoyed as nature intended. Around 9,500 bottles of this highly collectible limited edition release will be available worldwide.

“As someone who was born and bred in Campbeltown, I am very proud of our distinctive history and heritage. I hope whisky lovers have fun discovering our latest exceptional single malt.”

Hundreds of visitors from all over the world took part in tours, tastings and more at Glen Scotia as part of its packed programme during the Campbeltown Malts Festival. Highlights included tastings at its historic dunnage warehouse and two sold-out whisky dinners held at the Ardshiel and Ugadale Hotels.

The distillery also hosted local MSP Michael Russell to launch its new campaign to recognise Campbeltown, the fifth and smallest of Scotland’s official malt-producing regions, as the ‘whiskiest place in the world’. Glen Scotia is has introduced new branding as part of the global campaign.

To find our more visit www.glenscotia.com.

Opera in Tune With Distilling To Be Performed at Glen Scotia

Glen Scotia distillery in Campbeltown is set to host one of the first performances of an exciting new opera set in a distillery and featuring music by Scot indie stars Admiral Fallow.

Navigate The Blood, which is written by Sian Evans, is about a couple whose son has disappeared in mysterious circumstances, with the action taking place in a small family distillery.

The new production combines singing, music, theatre and storytelling, and has been created to reflect the lives of the distillery community in Scotland. By being relevant to those based in Scotland’s distilling regions, it also aims to encourage new audiences to experience opera. 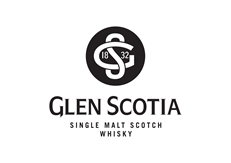 Distilling is an industry that employs, directly and indirectly, 41,000 people in Scotland and attracted two million tourists to various Scottish distilleries last year.

The contemporary opera features music by top Scottish indie-folk band, Admiral Fallow, who joined forces with composer Gareth Williams to push the collaborative boundaries and form this exciting new partnership. Working with Gareth, Sian and classical opera singers, they have embraced an intense writing process, resulting in a compelling first new work of modern opera by the talented and versatile musicians

The production will tour Scotland’s traditional distilling regions, from the Highlands, to the Lowlands, via Speyside, Islay and Campbeltown, where Glen Scotia will host the sole performance. Glen Scotia is one of only three surviving distilleries in Campbeltown, formerly known as the Victorian capital of Scotch. 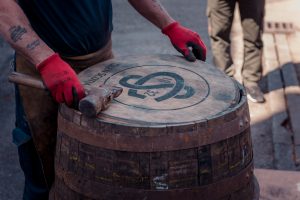 Iain McAlister, Distillery Manager at Glen Scotia, said: “Navigate The Blood has been created to showcase Scotland’s distilling industry and we can’t wait for it to be performed here at Glen Scotia. Campbeltown, one of Scotland’s five official malt-producing regions, has a rich distilling heritage, with over 30 distilleries based in the town during its Victorian heyday when it was known as the Scotch capital of the world. We are extremely proud of our role as the sole host for Campbeltown.”

James Robert Carson, the founder and artistic director of New Opera in Scotland Events (NOISE), which is producing Navigate The Blood, said: “Scotland has a deep and historic involvement with the art of distilling. By performing Navigate the Blood in each of the five distinct distilling regions, NOISE has designed an opera that reflects and celebrates the success and continued innovation of this remarkable industry. The band Admiral Fallow and composer Gareth Williams have created a truly magical and original score, with a story set in a distillery. 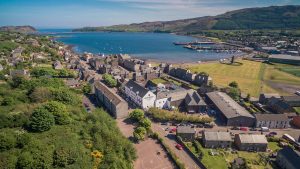 “NOISE is delighted to be able to tour this new production to audiences who live and work in some of the country’s most important and unique working communities, such as Glen Scotia in Campbeltown.”

Navigate The Blood is to be performed at Glen Scotia Distillery on November 9. Tickets are available from www.seeticket.com.

With arguably the best whisky tours operator in the UK, Malt Marketing is in an excellent position to be able to offer exceptional whisky tours across Scotland. Taking in multiple distilleries as well as sampling Scotland’s breath taking natural beauty, each tour can be tailored specifically to your own requirements.

Whether you are coming from Edinburgh or Moscow, Europe or America, all aspects of your tour including your travel in Scotland, accommodation and tasting schedule will be taken care of. The sampling we leave to you…