Macallan – The Launch of the Diamond Jubilee Whisky

As anniversaries go, each one is rather special.  In fact it could even be said that each is slightly more special than the one before.  When it comes to royalty,

things are no different and to commemorate Her Majesty the Queen celebrating 60 years on the throne, Macallan have pulled out all the stops to mark this momentous

occasion.  With the release of only 2012 bottles of their limited edition Diamond Jubilee bottle, it would be fair to say that this will prove to be a most sought after bottling.  Read more here…

Scotch Whisky is worth more than £4 billion to the Scottish economy and the industry has reached record levels of productivity, research published today reveals.

“Scotch Whisky & Scotland’s Economy – A 100 Year Blend” was commissioned by the Scotch Whisky Association (SWA) to mark its Centenary. The research by 4-consulting found that the industry is experiencing a second ‘golden age’.

Inward investment and the development of international markets have helped deliver spectacular performance last seen in the 1970s.  The total impact of Scotch Whisky on Scotland’s economy is £4.2 billion – £2.9 billion from the industry itself and £1.3 billion through the industry’s supply chain. It supports around 36,000 jobs in the industry and across the supply chain in Scotland. Productivity has accelerated to £275,000 for each industry employee. Scotch Whisky outperforms most other industries, with employees adding 57% more value per head than workers in the City of London.

By contrast, in 1912, when the SWA was founded, the industry employed 5,000 people in Scotland and generated £3 million in Gross Value Added (GVA).  Scotch Whisky continues to be the main contributor to the Scottish Government’s drive for export growth. Exports are worth more than £4 billion annually, ahead of refined petroleum at £3 billion and business services worth £2.5 billion. The research found that Scotch Whisky underpins the expansion of Scotland’s total international export markets, accounting for 55% of the growth since 2002.

The rising export value of Scotch Whisky is contributing to its success. Even during the current global downturn, the average value of each bottle exported has risen every year since 2007.  Investment in production and marketing by multinational and domestic companies with a global reach has given Scotch Whisky better access to international markets. According to the research, inward investment has restored the industry to the “spectacular performance” last seen in the 1970s. A further investment of £2 billion in Scotland in the next few years has been committed by Scotch Whisky producers.

The research also reveals the industry’s rich heritage. Scotch Whisky’s importance in helping rebuild the UK’s economy after World War II was noted in a draft white paper presented to Westminster by the Minister of Food in 1946. The Chancellor of the Exchequer in 1950 identified “one or two special items such as whisky” as established exports to North America.

Gavin Hewitt, chief executive of the Scotch Whisky Association, said: “This new research is further evidence of the key role Scotch Whisky plays in the Scottish economy. The demand for Scotch Whisky is coming increasingly from the world’s fastest growing markets. In comparison with other Scottish industries, Scotch Whisky already enjoys an enviable export position across a wide spread of emerging economies.

“The report shows Scotch Whisky is likely to play an increasingly important role in Scotland’s export markets. The momentum of growth needs to be better nurtured by both the UK and Scottish Governments. Scotch Whisky underpins their ambitions for export-led recovery.” 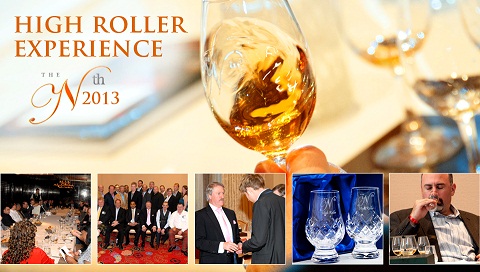