To celebrate the preciousness of Maker’s Mark, Maxxium UK is seeking out prized treasures from all corners of the UK bartending industry to stage a first-of-its-kind collection of bar wares. From vintage and antique gems to unusual and particular possessions, the items will be assembled and shown in The Maker’s Mark Bartender Trove via Pinterest to inspire craftsmen to take pride in their profession. A live exhibition is to follow next year. The bartender with the most impressive submission will experience the preciousness of Maker’s Mark first-hand with a trip to Loretto, Kentucky.

The campaign was officially launched on 6 November at the Luggage Room at the Marriott Hotel on Grosvenor Square with an exclusive Maker’s Mark masterclass led by Amanda Humphrey of Maxxium UK’s expert training team, Mixxit, alongside four influential bartenders, Chris Lacey of Rules, Rusty Cerven of The Connaught, Francesco Turini from Lanes of London and The Luggage Room’s Mario La Pietra.

Each bartender crafted a Maker’s Mark cocktail using rare and precious ingredients, including an unopened bottle of 1974 China Martini, 1956 Yellow Chartreuse and a rare 2008 Italian Alpine amaro called Braulio. They also presented their prized possessions which will be the first to populate the Pinterest exhibition. Amanda Humphrey strained her Bittered Mark cocktail using a vintage ivory handled strainer made of silver, Chris Lacey made his twist on a Brooklyn with a 1950s vermouth dropper while Rusty Cerven made his Maker’s Mark warm punch in an ornamental urn bought in Moscow.

Maxxium UK’s marketing controller for Imported Whiskey, Eileen Livingston says: “Maker’s Mark is precious to bartenders far and wide. Their passion for our brand has been instrumental to the success of Maker’s Mark in the on-trade. The UK remains an important market and I’m proud to say that we are continuing to prioritise ongoing supply of the brand.

“The Maker’s Mark Bartender Trove celebrates the craftsmanship that goes into making this super-premium bourbon—its small-batch production process, hand-cut labels and individually hand-dipped wax seals—and shares it with the people that bring the liquid to life.  It unites Maker’s Mark with the craftsmen of the on-trade and will showcase an extraordinary collection of bar wares that will each tell a story and inspire others to take their cocktails to the next level. We are looking forward to discovering the industry’s treasures and sharing the unique stories behind them.” 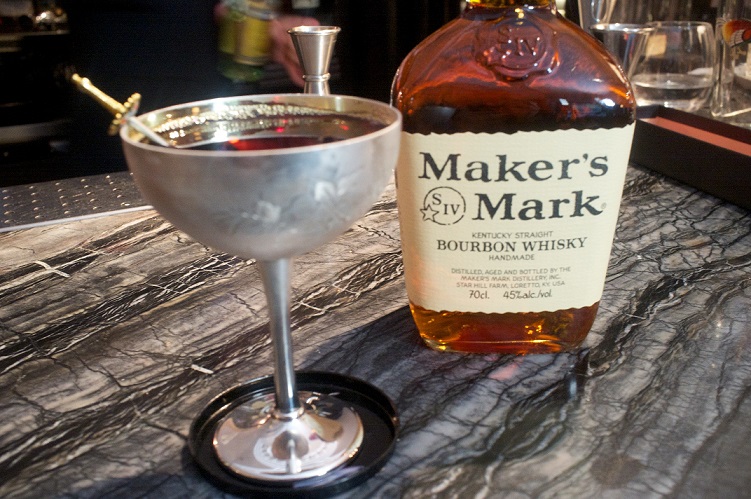 Bartenders can submit their unique Maker’s Mark cocktail recipe using rare and coveted ingredients (in millilitres with a minimum of 35ml Maker’s Mark), along with an image of their precious object and a short explanation via e-mail to Trove@Lime-pr.co.uk.