Highland Park Release Valfather, Its Most Peated Whisky to Date 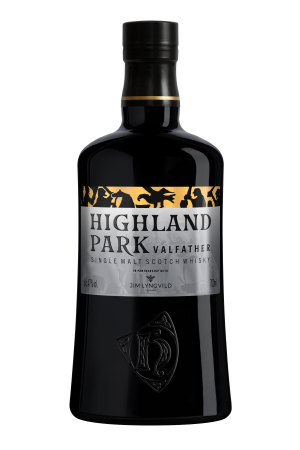 The trilogy highlights the journey to Ragnarök, the battle at the end of the world and has inspired the packaging and taste profiles of the whiskies created by Highland Park’s master whisky maker, Gordon Motion.

Valfather, named after Odin, the mightiest of the Norse Gods, is the distillery’s most peated release to date. Created using whisky matured in refill casks to reflect the ethereal and lighter feel of Valhalla, Odin’s hall, the whisky’s higher phenolic level displays Odin’s power.

Gordon Motion, master whisky maker, Highland Park, said: “Valfather and the whiskies in the Viking Legend series uses more of our heavily peated malt, making the series more like cousins, rather than a brother or sister to the core range. Overall, this whisky is the richest and smokiest in taste profile compared to the rest of the series and our classic whiskies.

“As well as our hallmark aromatic peat smoke, it tastes of creamy vanilla, toasted cedar wood with a long floral aromatic finish offset by notes of crisp apple and sweet fragrant pear.”

The Viking Legend series rise in phenolic level throughout the collection and each have their own distinctive taste profile. Valkyrie the first in the series, uses predominantly European sherry seasoned oak, while Valknut uses American sherry seasoned oak and Orkney’s tartan barley. 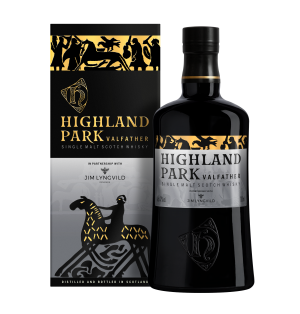 Inspiration for the packaging design came from the ancient picture stones from Stora Hammars in Gotland, Sweden. The brand has partnered with Danish designer, Jim Lyndvild, to bring the collection to life.

Valfather will be released globally from August 2019. To find out more visit: www.highlandparkwhisky.com