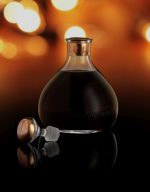 The Macallan Millennium Decanter-40 year old-1949 £21,250, sourced from a private UK collector
[caption id="attachment_1099" align="alignnone" width="234"] The Macallan Millennium Decanter-40 year old-1949[/caption]
Bonhams Specialist whisky auctions attract International interest and are held in March, June, October and December in Edinburgh and twice each year in Hong Kong from where the bottles are sourced