An exceptionally rare single cask from the 1950s has been unveiled as one of the oldest Linkwood single malt whiskies ever bottled. 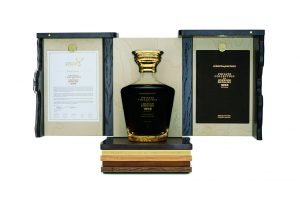 Just 53 decanters of the 60-Year-Old single malt whisky have been released for sale worldwide with a UK RRP of £22,000.

Mahogany and chestnut brown in colour, Private Collection from Linkwood Distillery 1956 by Gordon & MacPhail is an intricately layered whisky. Rich, warm aromas lend to a sweet full-bodied experience with highlights of blueberry, fruitcake, and dark chocolate. This ultra-aged single malt, a testament to the knowledge and expertise curated over four generations, culminates in a resoundingly rich finish. 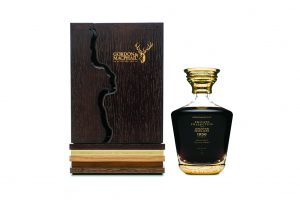 Filled at the Linkwood Distillery on the 3rd January 1956, Cask 20 is from a defining period in the company’s history. It was one of the last casks laid down by John Urquhart, first generation member of the family that owns Gordon & MacPhail, before he retired the following month. Cask 20 matured for six decades under the watchful eyes of John’s son, George, and subsequent generations until the decision to bottle was made by the fourth generation of the Urquhart family.

Founded in 1895 in Elgin, Scotland, Gordon & MacPhail is the curator of many of the oldest and rarest single malt whiskies in the world with an unrivalled stock inventory. For over 120 years, generations of the Urquhart family have matched new-make spirit from distilleries across Scotland with carefully selected oak casks, patiently maturing these to achieve the perfect harmony between the spirit and oak. 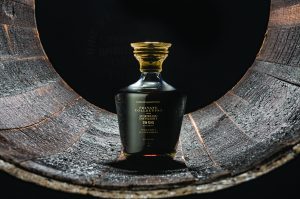 Stephen Rankin, Director of Prestige and fourth generation member of the Urquhart family, said: “Private Collection from Linkwood Distillery 1956 by Gordon & MacPhailencapsulates the company’s dedication to the art of single malt whisky maturation and tireless pursuit of perfection. This incredible whisky is the culmination of the unrivalled knowledge and skills passed down and strengthened, over the decades, through four generations of my family.

“It is the deep understanding of the relationship between the oak and the spirit that has allowed Gordon & MacPhail to nurture this cask for six decades while retaining the unique distillery character.”

Beautifully packaged using an award-winning design, the landscape surrounding the Linkwood Distillery inspires the unique contours etched into the gold base and stopper of each bespoke decanter. All 53 decanters are hand-blown and individually numbered with a certificate of authenticity signed by Stephen Rankin.

Whisky writer and rare whisky specialist Jonny McCormick, author of the commemorative book that accompanies each bespoke decanter, said: “Amidst an exalted world of luxury and prestige, Gordon & MacPhail commands the one inherent quality that every whisky connoisseur desires: rarity.

“As this remarkable cask completes its journey, this alluring Linkwood whisky is exquisitely presented in a manner that does justice to the craftsmanship of the whisky makers and the custodianship of the Urquhart family. In the years to come, opportunities to experience world-class whisky exhibiting this maturity and complexity from the Fifties will be very scarce indeed.”

Private Collection from Linkwood Distillery 1956 by Gordon & MacPhail was matured in a first fill Sherry hogshead for sixty years. Only 53 decanters, bottled at cask strength (49.4% ABV), have been released for sale worldwide. A number of decanters are available for purchase directly from the company’s ‘spiritual home’, the South Street retail shop in Elgin at an RRP of £22,000. Prices may differ in international markets due to local taxes and duty. 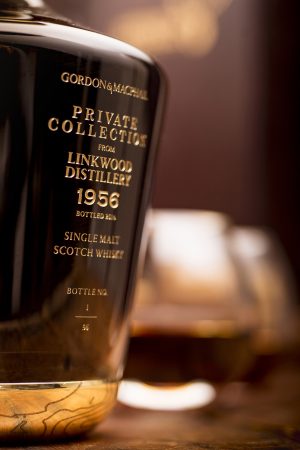 Protecting Scotch In The Age Of BrexitWhisky Tours Scotland